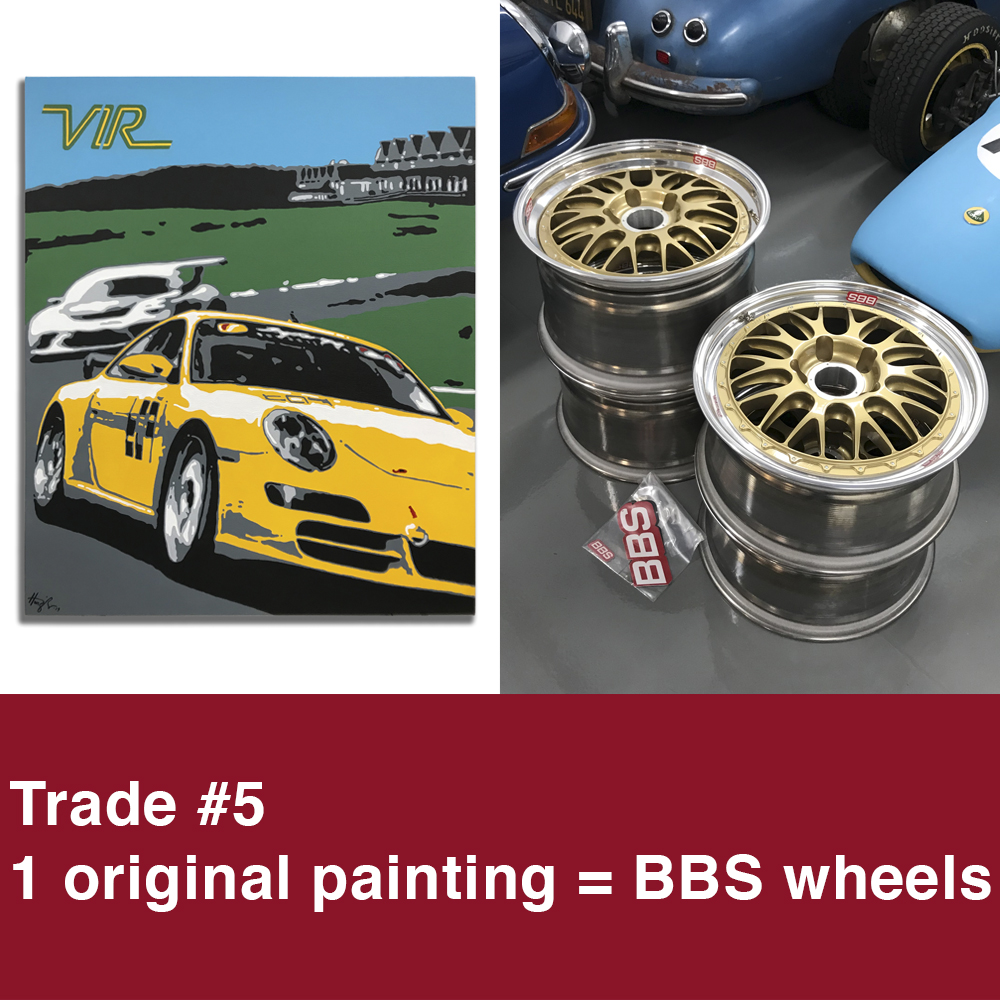 The question of the wheels was something that had occupied me since the beginning of this project. I knew that the 1999 GT3 Le Mans entries ran on BBS wheels but I didn’t know the size or model. I consulted as many sources as I could, including the Porsche Archives, BBS and Kerry Morse, but there wasn’t a lot of information about the two GT3Rs that ran at Le Mans. That didn’t surprise me, the race occurred 20 years ago and the two cars featured lots of one-off parts.

Eventually I was able to determine that the wheels in question were special one-piece magnesium wheels. Even if I were to be able to track down a set, they would still be 20-year-old magnesium wheels and not suitable for a street legal car! The question of the size was also something that was hard to determine from the photos alone. Once I again I contacted Kerry Morse with the request to track down the 1999 Le Mans GT regulations as they hadn’t been released in a digital format – in 1999 the rule book was still a literal book! Kerry eventually confirmed the 1999 Le Mans wheel size: 8.5×18 in the front and 10.5×18 in the rear. For comparison purposes, the Mk1 GT3 (the homologation model) ran on 8×18 and 10×18 and the Mk2 GT3 (my donor) ran on 8.5×18 and 11×18.

Now that I knew the size, I went looking for a suitable BBS wheel and eventually defaulted to the E88 model. The E88 is a three-piece motorsport wheel that can be configured for center lock or 5-lug applications. The center section consists of forged aluminium and is available with the classic gold BBS finish.

Just as I was in the midst of all the BBS research, I got an email from Alex Smith: He wanted to commission an original painting of his Porsche 997 Synergy race car at his home track, Virginia International Raceway. He asked me for a quote and I quickly realized that his painting would be equal to a set of custom BBS E88 wheels. Instead of sending him a commission quote, I asked him if he wanted to do a trade for my art car project. He readily agreed and so Alex became trading partner #5.

The submitted photo and the finished painting. While the photo was very useful for reference, I chose my own “more dynamic” angle. The incorporation of the villa in the background was the customer’s idea. I think it worked out well!

Alex sent me his favorite picture of his race car and asked if it would be possible to include his villa in the background. He also gave me the size of the final painting (30” x 36”) as he already had a spot reserved for it.

In the meantime, I worked with David Esposito at Butzi Gear who is an official BBS dealer. I gave him the specs of of my project and together we determined the right offset for the wheels. The wheels had to be made to order as I insisted on keeping the dimensions of the 1999 LM race cars (8.5×18 and 10.5×18). Butzi Gear was familiar with the nature of the project and agreed to send the invoice directly to Alex Smith (recipient of the VIR painting).

In the end, all three of us got what we wanted: Alex got his painting, Butzi Gear got paid and of course I got my custom E88 BBS wheels!